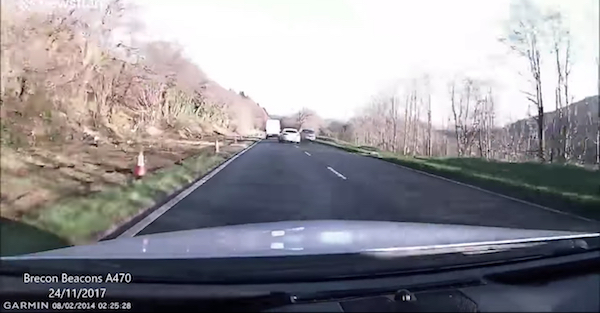 Mike Ashcroft captured a terrible accident on the A470 just outside Brecon, U.K., on his dashcam.

The footage is fairly straight forward, showing a car in front of Brecon, which is in turn trailing a van. Soon, another car enters the frame as it attempts to overtake Ashcroft and both the car and van. There is a collision when the driver of the car in front of Ashcroft doesn’t appear to see the passing car.

Suddenly, all three of the cars can be seen being strewn across the road, with the white car in front of Ashcroft flipping end over end on the side of the road.

Fortunately, no one was seriously harmed during the crash.