A driver’s attempt to squeeze between two trucks ends poorly 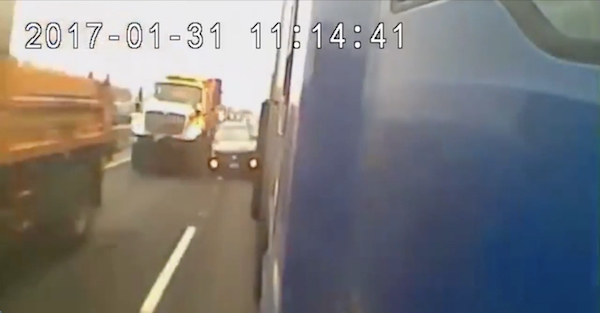 Disclaimer: There is no way to tell what this driver’s intentions really were when he/she found their car in between a semi and a road crew, but a lack of attention at the wheel just isn’t going to cut it.

No, the better story involves intrigue, the belief in skill behind the wheel, and maybe even a life of crime. Maybe the driver in question is named something like Blofeld, and he normally drives a first generation Hummer to and from his work in a bunker.

Either way, this driver’s attempt to thread the needle ended poorly.