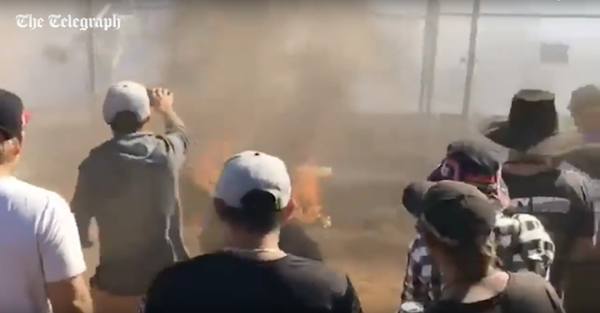 A horrific scene was caught on multiple cell phones this past Sunday at the Red CentreNATS competition in Central Australia.

During a burnout competition, a car doing donuts had a mechanical failure that resulted in ignited fuel being sprayed over a large crowd. Twelve people where burned from the flames with one person in critical condition.

The more seriously injured spectators were taken to Royal Adelaide hospital including a father and son. The 48 year old father was flown to the hospital with burns over 20% of his body. He is in critical condition currently.

According to the BBC, Red CentreNATS said in a statement:

“This is a distressing situation however all patients are receiving the care they need,”

The event was shut down after the incident and police are investigating.