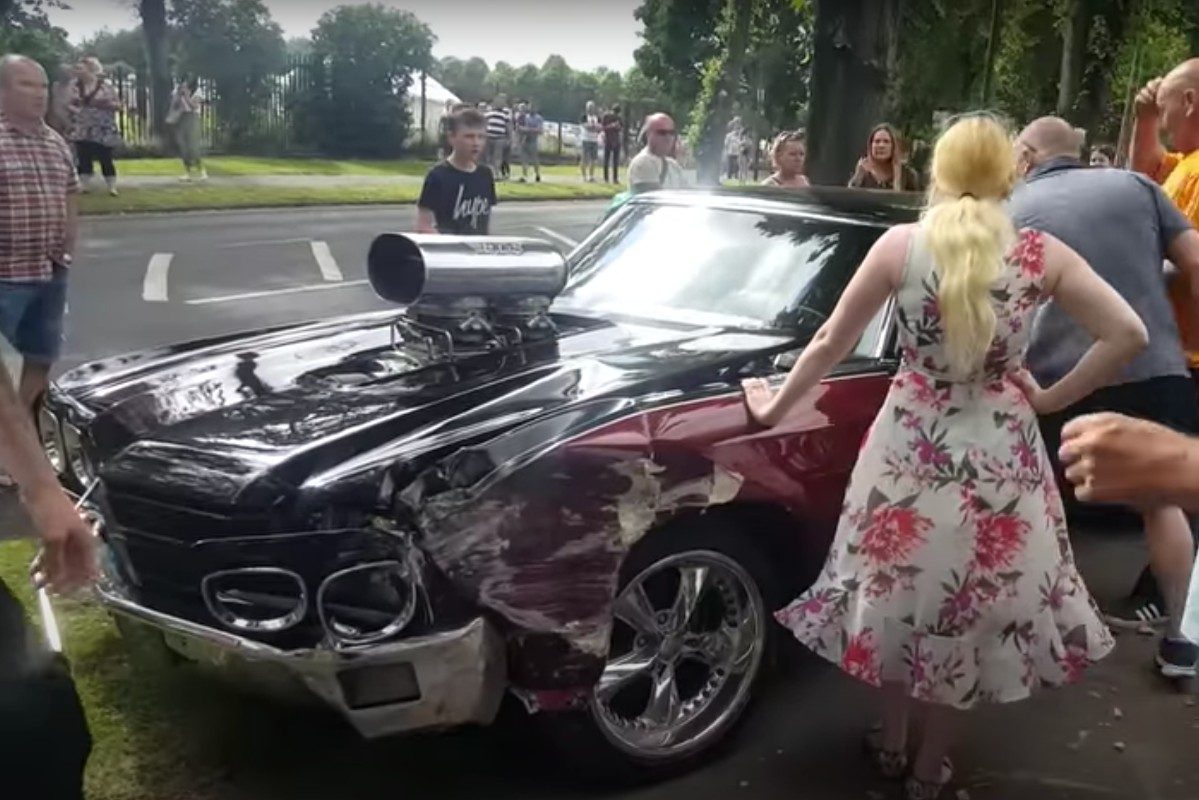 Classic car shows are great events for folks to show off vintage rides that have either been brilliantly restored or have remained in great condition over the years. Usually these events are pretty low key, but, every now and then, you get that one person who shows up to one of these things with the sole intent of proving how much of a badass they are.

Back in June 2019, the owner of a 1970 Chevrolet Chevelle showed up to a show in Doncaster, United Kingdom, hoping to get everyone’s attention by attempting to pull off a sick burnout as he made his exit. Oh, he got everyone’s attention alright, just not in the way he was probably hoping for.

As you can see in the above video, the motorist’s ambitious stunt ends in disaster, as the Chevy Chevelle crashes into a brick wall and the left side of the muscle car gets pretty badly smashed up. Here’s how the unfortunate car crash went down, from the perspective of the person who filmed it all.

“I was attending a local Classic Car and Bike Show at Doncaster school for the deaf which they hold every year,” the video’s uploader writes. “I always like to be there at the end of car shows as you get see the vehicles in motion and hear their beautiful sounds. Unfortunately on this day one of the attendees to the show decided before he left he would give the crowd what they’d all gone to see he took his car into the middle of the field and revved his engine quite a few times to draw a crowd which I also filmed.”

“After this when exiting the school grounds he was goaded into giving it some beans, unfortunately, this is when he did a burnout and lost control crashing into a wall. Luckily, nobody was injured however the driver was pretty shaken up, and the car wasn’t in a great state.”

Yikes. That had to hurt. Not so much physically, I would imagine, but more so emotionally and definitely financially. What a shame. And, on top of that, what a fail. What an absolute fail.