Man Removes Fence Post Using a Truck, a Tire, and a Chain 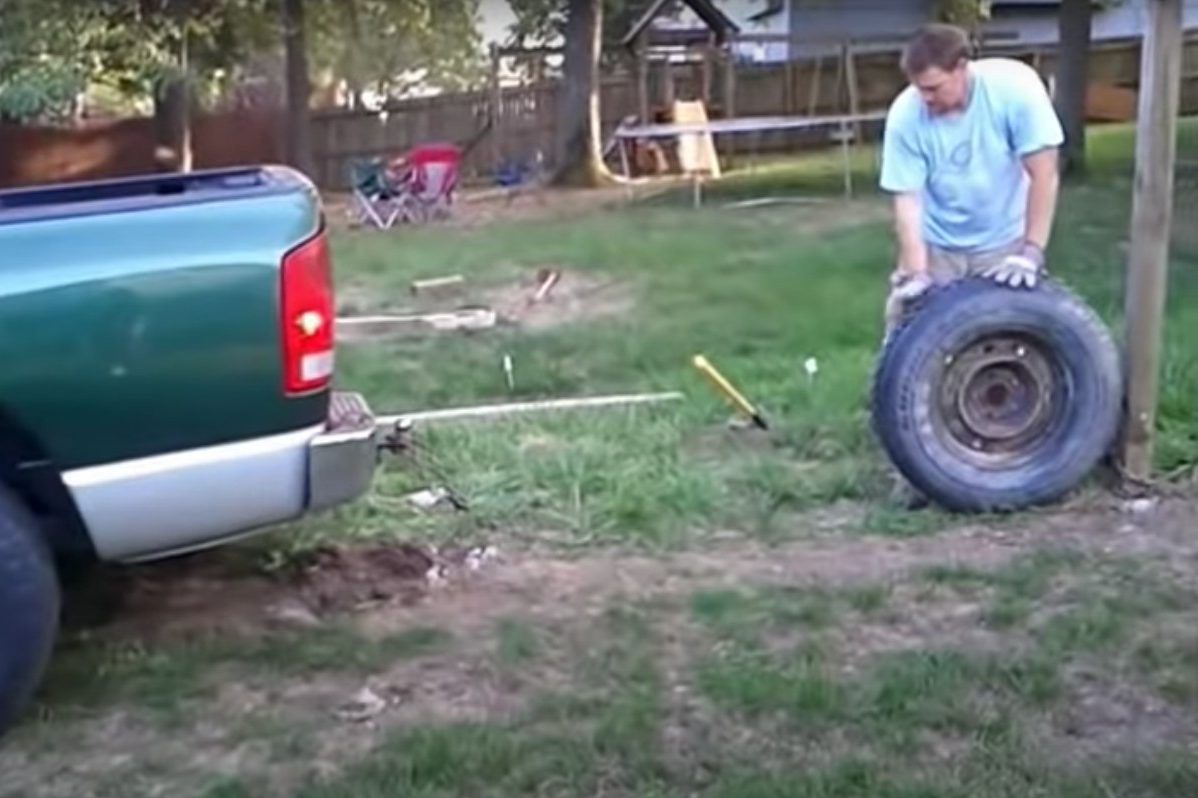 Pretty much every truck owner has tried using their truck to pull a stump or a post out of the ground at one point or another. As you’ve probably seen from the occasional fail video that we post on here, it almost always turns out to be much more difficult than these folks first imagined.

In this video from YouTuber Steve Hendrick, though, we see a technique that’s about as effective as it gets. Hendrick admits that it’s not his original idea, but he’s still here to share it with anyone who’s willing to give it a try. You basically use a tire as a means to leverage the torque from the chain to help pull as well as lift the post out of the ground. Awesome stuff!

Read More: Check out the Smartest Way to Remove a Stump with Your Truck

In the video’s description, Hendrick adds a few important points to his brilliant technique.

After jacking a couple posts out of the ground, we decided to give this method a try.

1. Probably would be a good idea to lay a piece of carpet or tarp over the chain. However, there was rarely much force that needed to be applied. Any time there was, I backed away from the post. I did not install these posts. I just needed to remove them.

2. We shouldn’t have used the tow ball to pull from. Again, never came close to the tow capacity of the ball, but probably still should have avoided it.

3. For those of you that cannot get a truck close to your work area, I guess you will have to find a different method.

If you do have to end up using a “different method” like Hendrick mentions, just make sure it’s actually something you can feasibly pull off. You wouldn’t want to end up like the dummy in the below video.