This U-Haul Towing Fail Is a Certified Disaster 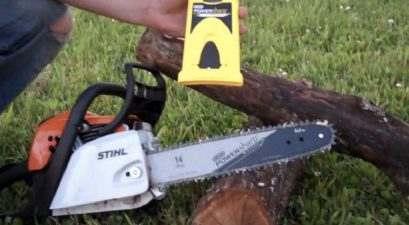 PowerSharp: A Look at the Chainsaw Sharpening Tool in Action 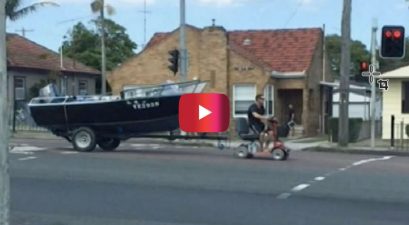 Man Picks a Wild Way to Tow His Fishing Boat

Here’s a good lesson on how you’re NOT, under any circumstances, supposed to tow a U-Haul trailer. What you’re about to see is a situation where someone would’ve been better off just calling a moving company.

Hey, I get it. Pulling a trailer behind your vehicle, especially when you’ve never done it before, is definitely not the easiest of tasks. That being said, this has to be the most egregious U-Haul fail in the history of U-Haul fails. It’s such an epic fail that it’s actually kind of funny. I mean, this U-Haul trailer was practically hanging on for dear life. And, why not at least pull over in this scenario? The driver had to have known what was happening back there, right?

Even though the guy filming the whole thing yells at the driver to get him to notice his serious predicament, the U-Haul novice just continues driving as if nothing’s the matter. It’s possible that he was completely aware of the problem and just decided to ignore it, and keep right on trucking. Not the brightest of moves, to put it mildly.

I think it’s safe to say that the U-Haul renter probably didn’t end up getting his deposit back. In fact, he’d be lucky if he wasn’t slapped with reckless driving of some sort.

Safety issues aside, hopefully there wasn’t anything fragile in that trailer. You know, like glasses or plates. Or priceless family heirlooms. Or ceramic garden gnomes. Because I don’t care how those securely those things were packaged. There’s no way they survived that complete and total disaster of a U-Haul trip.