Kid Messes With Hydraulic Lathe, Nearly Snaps Leg in Half 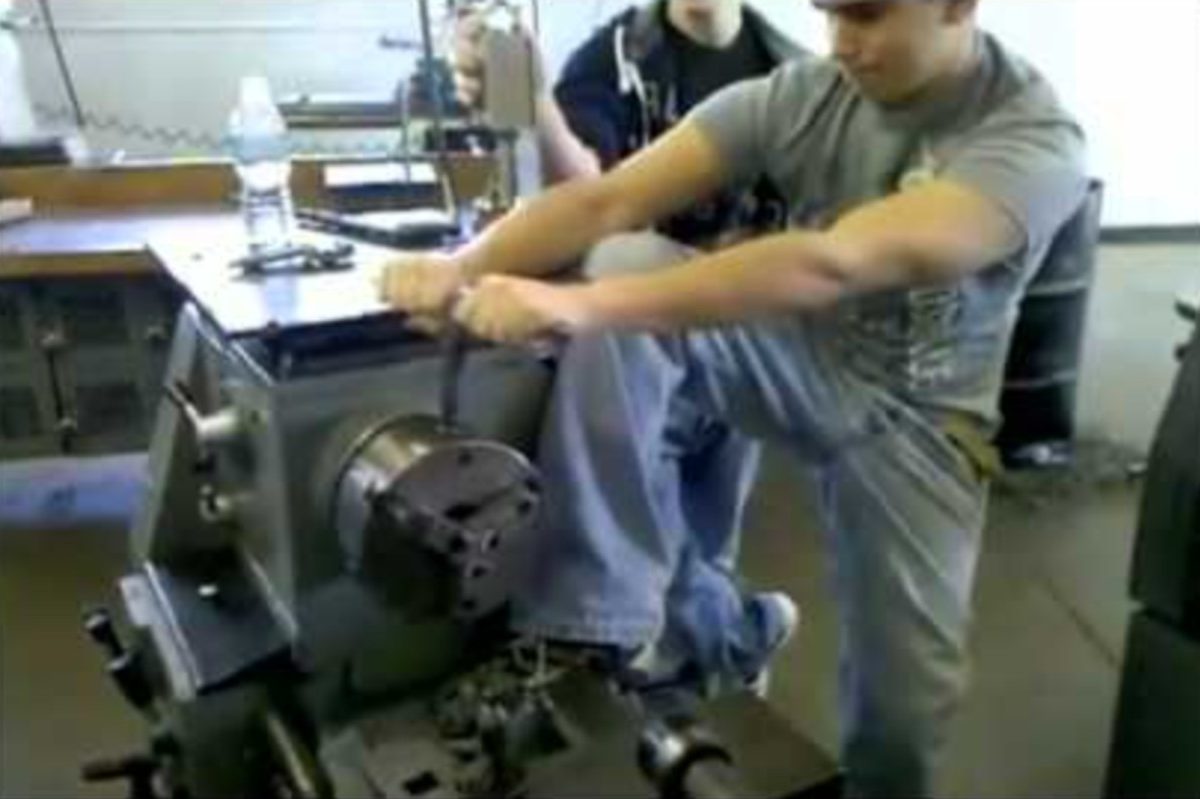 Many of us have had this same experience in a garage. Maybe not the experience of getting our leg trapped in a hydraulic lathe (like the guy in the above video), but the experience of dealing with some dummy (like the guy in the above video) who’s bored, thinks that he’s invincible, and will go to ridiculously stupid lengths in an attempt to prove his invincibility. Not a great combination when you’re dealing with potentially dangerous machinery.

No matter what benefit of the doubt you try to give these garage-gaffe-prone folks, they’re just going to think you’re wrong and they’re right. Next time, show them this dude’s mistake, and maybe they’ll put two and two together.

As one YouTube commenter points out, the guy foolish enough to try taking on the hydraulic lathe is lucky that the end result was only just plain embarrassment. Because this could have ended way, way worse.

“I’m a machinist,” Rick Musser writes. “This guy has no idea how lucky he is. A.) RPM’s from the look is obviously on its low setting. B.) He luckily has people watching that should have told what he’s doing is just plain stupid, but at least they were there to hit the E-switch. Dude! You got lucky!”

“Count that as one of your 9 lives bro. Think before you act. You’re so lucky you still have that leg and your life! Machining is super fun and rewarding, but use that head man. This video scares me, but is also a valuable tool of what not to EVER do.”

You’d think that advice like this, as well as the dude’s near brush with disaster, would shock some sense into him. But, if you want my honest opinion, I wouldn’t bet a dollar on it.