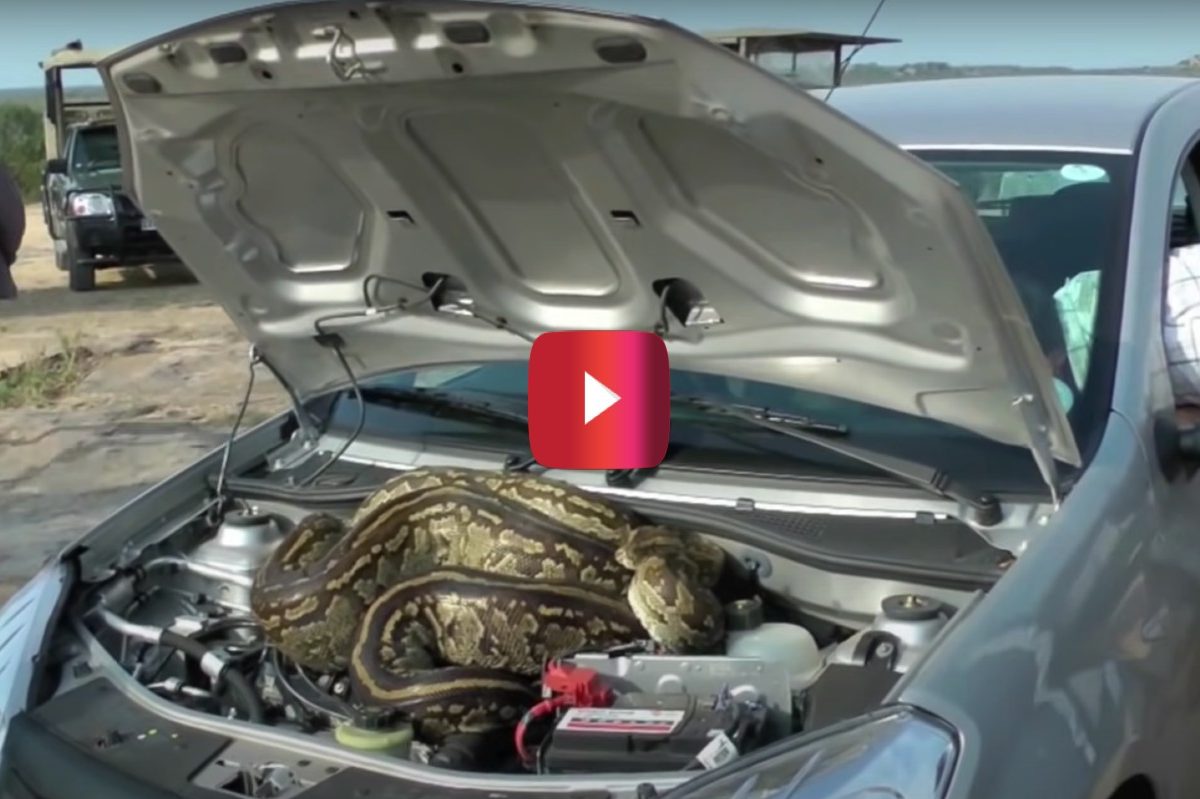 While driving around the Kruger National Park in South Africa, you’re likely to come across some pretty rare and ridiculous sights, typically of the exotic animal variety. Take this giant python, for example. This thing is HUGE. Not the sort of animal you’re likely to see in America, that’s for sure. Ok, well, maybe in Florida.

Back in 2013, a safari group stopped to get out of their cars and get a closer look at the beast, and while they were doing this, the massive snake noticed a warm engine block and decided to crawl on top of it to hang out for a little bit. Now, when something like this happens, all you can really do is sit and wait for it to leave, which is exactly what these would-be snake watchers did. Nobody wants to be on the wrong end of a slithering snake.

Read More: Why Did the Snake Cross the Road? To Get to the Speeding Motorcyclist! Just Check out the Footage for Yourself

As one of the largest national parks in the world, Kruger National Park is home to a wide variety of animals, including lions, elephants, rhinos, buffaloes, and, of course, giant pythons. So, while a snake sighting isn’t all that rare in Kruger, you typically see them out in the wild. Not just chilling under the hood of a car, enjoying a nice, relaxing tanning session. Even in a place where these types of creatures run rampant, this python incident would definitely be enough to make you do a double take.

But, hey, maybe our safari-going friends in the video just happen to stumble upon a python who was also a massive car enthusiast. Snake it til you make it, I guess.

WATCH: The Car Chase Scene From ?Bullitt? Is an Unforgettable Movie Moment