“Spartan” Camaro Is a Futuristic Tribute to the ’78 Chevy 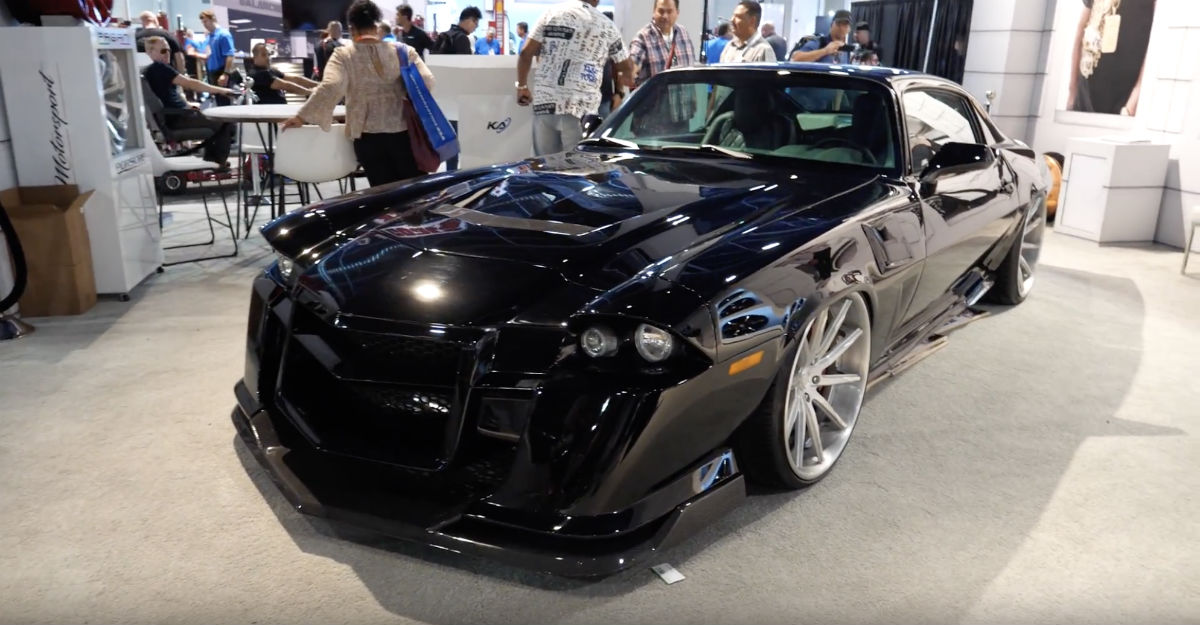 SR Motors is in the “retro-future” restomod business. Based out of Monterrey, Mexico, just a couple hours south of Laredo, Texas, the company defines “retro-future” as “a hybrid concept of form and function that merges unique elements of a distinct classic with modern technology and aesthetics.” Sounds pretty cool, if you’re into fancy-sounding buzzwords. Rest assured, though, the folks at SR Motors are undoubtedly the real deal.

Back in 2018, the company crafted a modified Chevrolet Camaro known simply as “The Spartan.” An homage to the 1978 Chevy Camaro, this thing looks like something that Darth Vader would drive, if Star Wars happened here and now and not a long time ago in a galaxy far, far away.

To pull off the innovative Spartan Camaro project, SR Motors teamed up with design company Shift, who contributed immensely to the car’s sleek and futuristic look.

“Following GM?s description for the Camaro as a ‘Vicious animal that eats Mustangs,’ we created what we believe is a more emotional and aggressive design, yet elegant and refined, furthering the second gen?s original traits,” Shift’s website reads. “With black gloss, matte and carbon fiber finishes the Spartan is portrayed as an antagonist with a darker and more mysterious vibe.”

“Integrating the Camaro?s fifth generation technology, the Spartan seats on a custom designed chassis with a body widened by 4 inches to improve its stance. A completely redesigned front and rear as well as interior and exterior components are among some the many elements that have been redesigned.”

As of now, SR Motors doesn’t have any other projects in the pipeline that we know of, but we’d love to see what else these guys have up their sleeves.