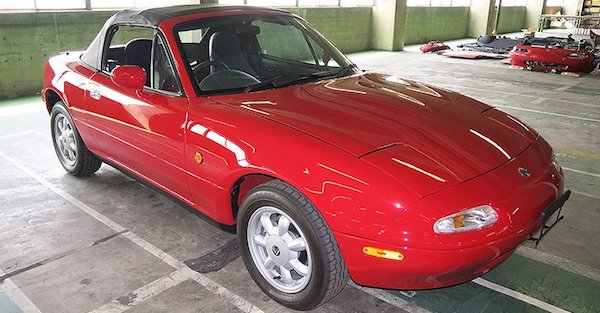 Mazda has just raised the bar for customer service. The Japanese car manufacturer is tipping its cap to the enthusiasts that love it by offering to restore the first-generation versions of the iconic Miata.

Company spokesperson Jacob Brown confirmed the news on Facebook last week after a story on Mazda’s Japanese blog said that the company will start taking orders for restoration projects later this year for completion in 2018.

The lines on the exterior of the Miata remained fairly consistent over the last 26 years, but the interior has definitely undergone some changes, to some, those might not be for the better. Which is why it’s absolutely awesome that the restoration projects involve Mazda reproducing the icon three-spoke Nardi wood steering wheels with matching shift nob! Seriously, the restored interiors for the first-gen Miata’s are enough to drool over.

Now for the less-great news. It’s unclear when, if ever, these restoration project will come state side. It’d be awesome for some 1990s-inspired love to hit the U.S. coast.

Related: This company takes old Ford Broncos and restores them to glory