Is this American classic ruined after getting a strange engine swap? 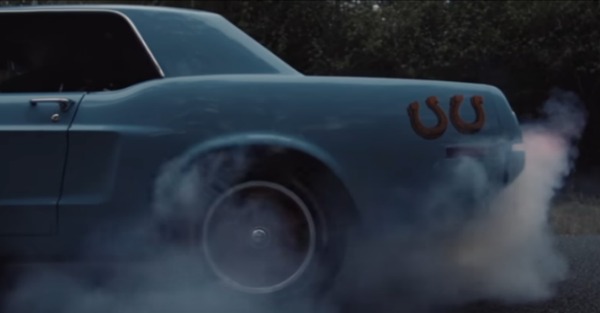 Beau Miklethun wanted something unique, and he got it. Starting with an inline-six powered 1968 Ford Mustang, Beau wanted more power without sacrificing the novelty of his straight six. When conventional thinking said to put in an LS motor, Beau, growing up with The Fast and The Furious, decided to put in the “Japanese LS” instead. The 2JZ motor, famously used in the Supra and other Toyotas, provided the power, reliability and strangeness Miklethun required. After blowing an engine and going through a handful of transmissions, he is finally happy with his Toyota powered, Gulf liveried muscle car.

The turbo six cylinder Japanese motor in an American icon is sure to ruffle some feathers, and Beau knows it, painting “Abomination” on the valve cover so it is the first thing to greet anyone who opens the hood.

Whether it is an abomination, sacrilege or just a creative engine choice, Beau says his experience with the car is pretty much what you’d expect:

“Everybody is really nice in person, not so much on the internet”

He promises his next project will be even crazier.