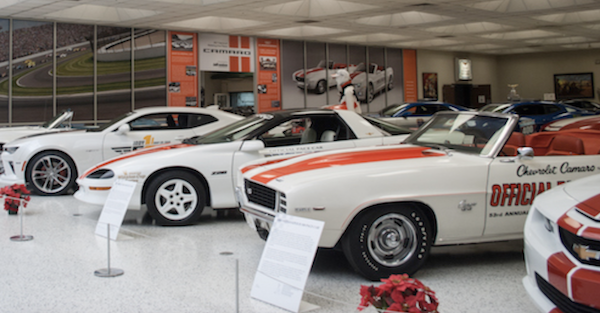 The Indianapolis Motor Speedway has two new exhibits and a fixture at the front of the field. They are meant to pay tribute to the “heroes of horsepower.”

The “Camaro: 50 Years of Setting the Pace, presented by Bill Estes Chevrolet,” shows visitors the Camaros that were used as official pace cars at the Indianapolis 500 and Brickyard 400. Among the Camaros on display, is the first Camaro Pace Car, a 1967 Camaro Convertible which kicked off the rich history between IMS and the famous pony car. Also included is a 1969 SS Convertible in white with orange strips, a third generation 1982 Z-28 and the fifth and sixth generation SS Camaors that led the field in 2011 and 2016 respectively.

The “Incredible Engines of the Indy 500,” showcases the amazing engines used in the 500-mile race along with a hands-on parts display for those who want to learn exactly why they performed so well. This area will also honor the geniuses who designed the engines.

“We are pleased to give our guests the opportunity to learn about the great engines of the Indianapolis 500 and the Hall of Fame designers who enhanced performance in the machines that finished first at the Brickyard.”

Both exhibits will remain open until April, and to learn more or reserve tickets to the museum, visit this link.