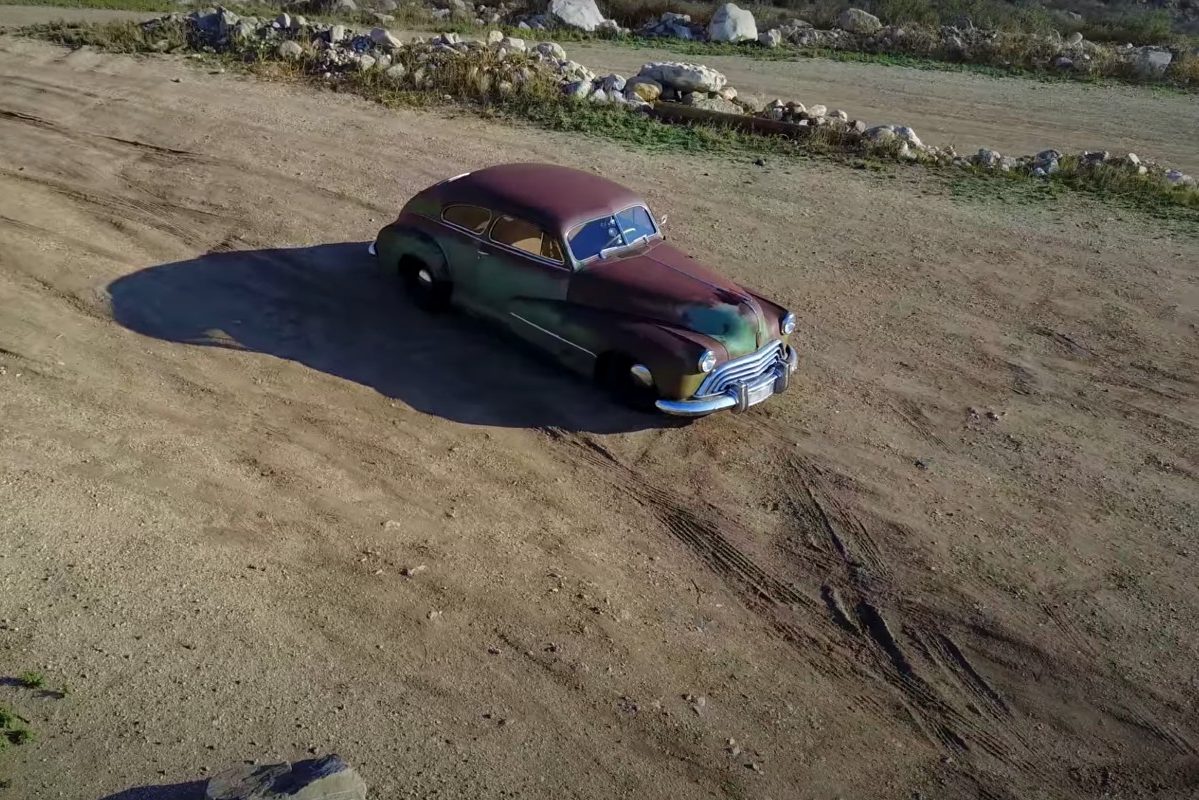 This classic piece of automotive Americana has seen better days…or has it? Looks can be deceiving when you first lay eyes on this 1946 Oldsmobile Series 70 coupe. What looks like a pile of rust on wheels is actually a work of art that’s part of the ICON Derelict project. Started by Jonathan and Jamie Ward, the Los Angeles-based custom shop is all about bringing a modern feel to vintage vehicles, and while it may not look like it at first glance, the shop’s take on the ’46 Oldsmobile is chock-full of fancy upgrades.

Several years back, the ICON restoration team spent countless hours streamlining the old Oldsmobile for the modern era. Take a look inside at their magnificent handiwork! After all, the rust just gives it character.

Read More: ?Spartan? Camaro Is a Futuristic Homage to the ?78 Chevy

Stocked with a 502 Chevy big-block engine and electric locking differential, the Oldsmobile is also equipped with massive Excelsior tires. On top of that, the engine is mated to a modern GM Supermatic transmission with electric overdrive, while an electric handbrake and power windows were also included. The vintage ride is completely sound proof and was also outfitted with new seals and full rust prevention. But, wait! There’s more!

You’ve also got tinted glass and new carpets, while all the buttons and knobs were replaced with stainless steel. The wiring is made out of military-spec waterproof material, and all the vinyl components were replaced with leather. Yeah, they definitely went all out on this project.

And, the upgrades don’t stop there. The Oldsmobile also comes with air conditioning, a Bluetooth-integrated sound system, and a steel dashboard that was made to look like wood.

When it comes to top-of-the-line restomods, this ’46 Oldsmobile project is definitely…ICONic.