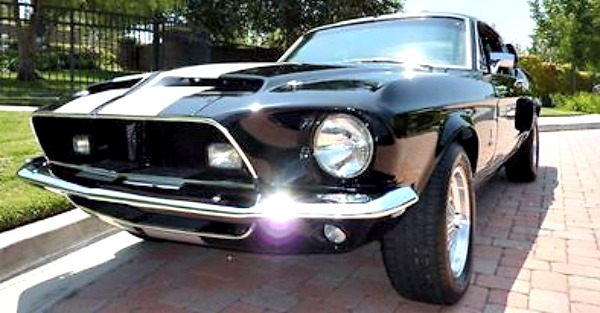 This is one that will be open for a fun debate.

Popular Mechanics has taken a stab at the 10 best muscle cars of all time. The list is chock full of iconic cars —  a 1984 Chevy Corvette; 1969 Dodge Charge Daytona; the 1970 Chevy Chevelle LSR are all on this list.’

But Popular Mechanic says this beautiful beast is No. 1:

For the first time, ’67 to ’68 GT 500 Shelbys came with 355-hp 428-cubic-inch big-block power under the hood. Car testers of the day saw quarter-mile time slips in the mid-to-low 14-second bracket?quick for the day. The Shelby Mustangs received more scoops and flashier styling than the older cars to match the new-found power and torque. And the even quicker KR (King of the Road) high-performance model was available in 1968 too.