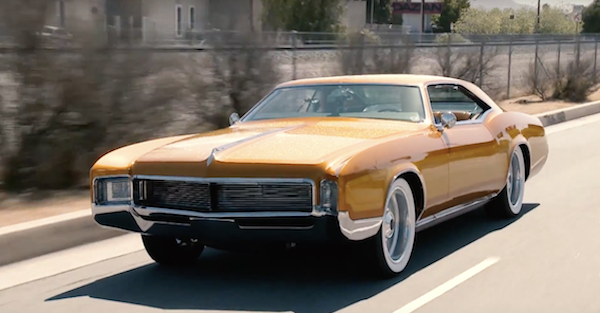 The 2nd Generatoin Buick Riviera left little to be desired. General Motors had completely redesigned the 1966 and demand was higher than ever with some 45,000 units sold. That basically the same car was also selling well as an Oldsmobile Toronado and Cadillac Eldorado showed that the team at Buick had done a great job in creating something truly special.

When you start off with something as sorted and clean looking as the Riviera, it makes cosmetic modifications a little tricky.  You want to make the car your own but don’t want to take away from the original design language that made you fall in love with the car in the first place.

For Randy Cark of California’s Hot Rods and Custom stuff, building an old school custom with loads of original charm was the plan, and boy did he execute. Randy’s custom 1966 Riviera started off as a clean, original car that they stripped down and fully restored. The top was chopped down 3.5 inches before going in for paint. A breathtaking Pagan Gold Candy color was chosen and took 1,500 hours of labor to complete. The original Buick chassis is now on a custom air ride setup and sports one-off custom 18 inch wheels. The Riviera’s DNA is still intact, as Randy explains, most of the interior is original along with the 425 CI engine and Turbine 400 transmission.  He even went as far to keep the stock four wheel drum brakes because he claims,

“All the brakes on this car work as well as disc brakes. That’s why Buick kept them in 1966.”

He shows off his beautifully built machine on Jay Leno’s garage explaining in detail every little bit of the car.  Check it out.
Related: Bring back the Buick Grand National and take my money!
Advertisement