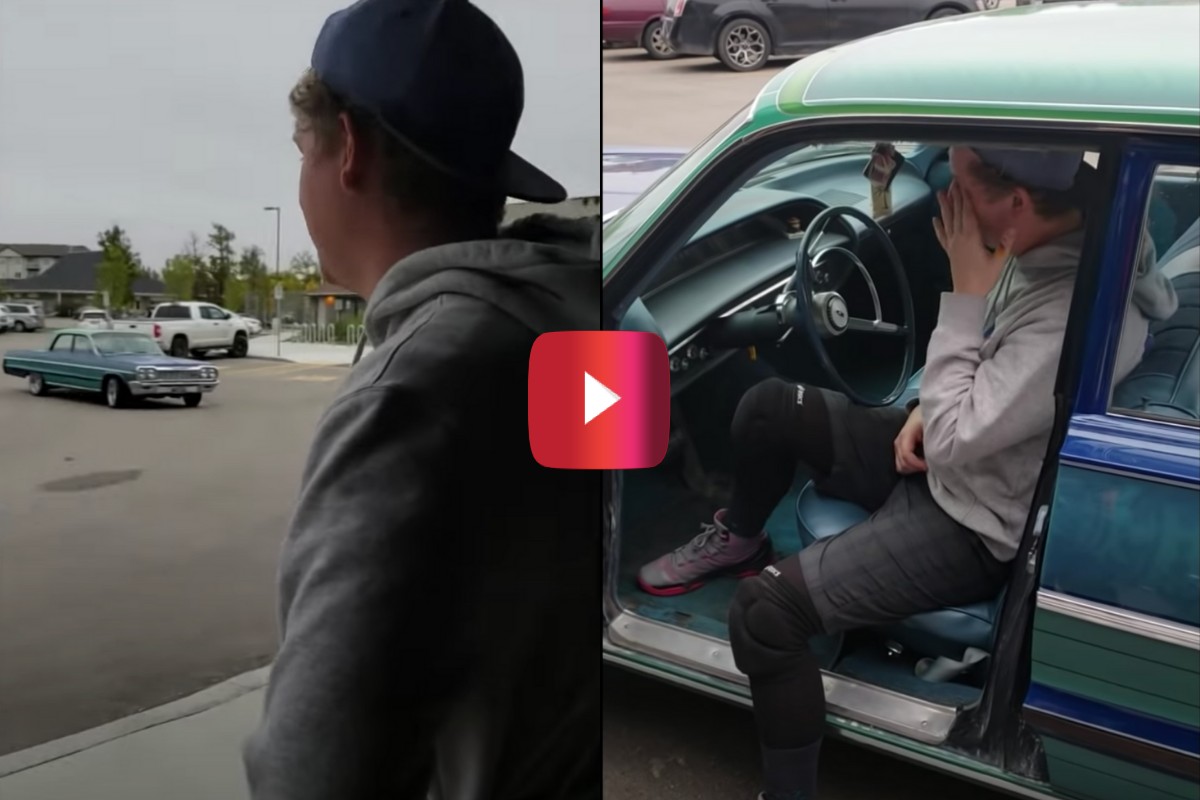 Pretty much everyone has fond memories of their first car, whether it was a beaten-down clunker, a reliable SUV, or a brand-new sports car. That first car represents a sense of excitement and freedom, and you really can’t put a price on that.

While feeling an incredible sense of nostalgia towards a first car is fairly common, being able to physically experience that car in all its restored glory is much more rare. Which makes the moment that a man surprised his brother with the 1964 Chevrolet Bel Air that he used to drive in high school all the more special.

Read More: These Texas Kids Surprised Their Dad with the Ford Mustang He Sold 17 Years Ago to Pay for His Wife’s Cancer Treatment

In a Reddit post, the altruistic sibling — who goes by the name scamperly — explained how he was able to pull off the heartwarming surprise.

“My brother owned a 1964 Bel Air when were in high school, but sold it about ten years ago. I spent a few years tracking it down, and when I finally found out it was for sale I took him to go buy it,” scamperly writes.

“He said he couldn’t afford it because him and his girlfriend wanted to get married and start a family, but I couldn’t just let it go, the car was one foot in the grave and realistically was not going to survive another owner unless they were committed to restoring it.”

“So that’s what I did, I bought it in secret and spent the past year restoring it. It’s about 90 percent done, and today after our championship dodgeball game (and with the help of my dad), I surprised him with the car.”

Wow! How’s that for brotherly love?